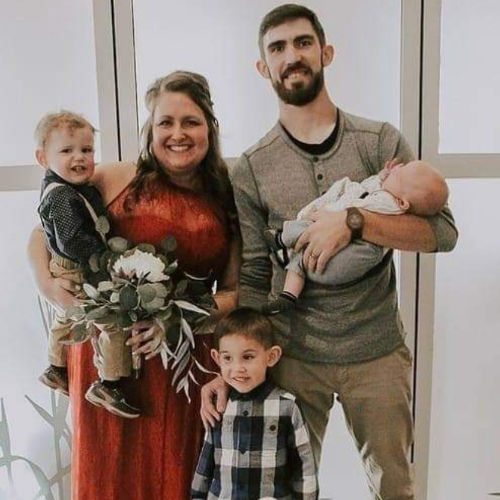 Staff Person of the Month

Tara Foote, the Residential Advocate at House 358, is our November Staff Person of the Month!

She went to NCC for her general education credits but really didn’t know what she wanted to pursue. After one semester at NCC she decided to start working for Hope Haven instead of finishing school. She moved to Primghar about a year after starting at Hope Haven and the drive became too long to Rock Valley, which led her to VNU! (and we are very thankful for that!) She started here in April 2013 at House 358 and has done almost every position there except for Residential Leader. She started as a Residential Skills Trainer level 1, worked overnights for a summer, went to RST II, then support staff, the Recreation Advocate, then back to RST II, decided to be a paraprofessional at the local school but realized it wasn’t as fulfilling as working at VNU. She jumped at the chance to come back when the Residential Advocate position opened up at 358. She says “I’m here to stay!” We are very thankful for that.

She loves being outside. Her husband, Cody, is a waterfowl hunter and the two oldest sons are excited when hunting season comes around. She loves the fall activities and she has passed on her love for three wheelers and dirt bikes to her boys. They are hoping to go on a “real” vacation over Christmas break. She loves baking, reading, and hiking. She doesn’t have a lot of free time between work, the kids, and home but she volunteers at the Salt Mine kids ministry at Ashton Bible Church on Wednesday nights. She hopes to be able to see the mountains someday too.

“My co-workers and the people I serve are amazing. The resident's smiles and laughs make the hard days worth it. If you’re ever feeling down, I have a resident that will tell you your sweatpants and sweat-shirt are a cute outfit. It is such a fulfilling job and I’m grateful that I am able to serve these wonderful people alongside more wonderful people."- Tara Foote

Thank you Tara – with your caring heart, we know you will always have a positive impact on our VNU residents.